Global Strategies has partnered with Nobel Peace Prize winner Dr. Denis Mukwege and his team at Panzi Foundation, to pioneer a novel approach to delivering post-rape care in remote and unstable areas of the Democratic Republic of Congo.  The work addresses a key gap in the humanitarian response--ensuring that rape survivors have access to time-sensitive medications to prevent pregnancy, HIV and sexually-transmitted infections.  Our two organizations, in collaboration with researchers at the University of California San Francisco and the University of Connecticut, recently published this work in the British Medical Journal Global Health in an effort to share their experience with those fighting against gender-based violence around the world.

In 2009, Panzi Foundation and Global Strategies identified five barriers to delivering emergency treatment following sexual violence in the rural areas of the South Kivu Province in the Democratic Republic of Congo.  The barriers were 1) women were unaware of the treatment, 2) the time-sensitive treatment was not available to most women within 72-hours of violence  3) clinics were constantly running out of medications, 4) rural practitioners lacked the training to  properly assemble and administer the drug regimen and 5) the available regimens contained poorly-tolerated five-drug combinations.  To address these barriers to care, the team developed Prevention Pack, a pre-packaged post-rape medical kit containing more easily tolerated medications and placed those medications in rural areas of the province.  Using a GPS-linked inventory management system, the team rigorously tracked inventory, eliminating inventory problems while creating a heat map of demand for post-rape care services.

“Post-rape medical kits are often an afterthought in responding to gender-based violence, but they shouldn’t be” says Global Strategies program coordinator Jean Armas, “The Prevention Pack is often the first point of contact between rape survivors and holistic care.  By tracking where women access this care, we can add to the global understanding of this human rights crisis.”

Between March 2013 and February 2017, the team provided a total of 2,081 post-rape medical kits to survivors of sexual violence at 13 sites in the South Kivu Province of the DRC. All 13 sites were continuously stocked with the Prevention Packs, without a single stockout, a remarkable feat in this remote and unstable area.

In December 2018, Dr. Mukwege was honored with the Nobel Peace Prize for his twenty-years of work fighting against gender-based violence in the eastern Congo. Addressing the audience he decried the violence, “If there is a war to be waged, it is the war against the indifference which is eating away at our societies.”

Click here to see published article: Delivering integrated care after sexual violence in the Democratic Republic of the Congo. 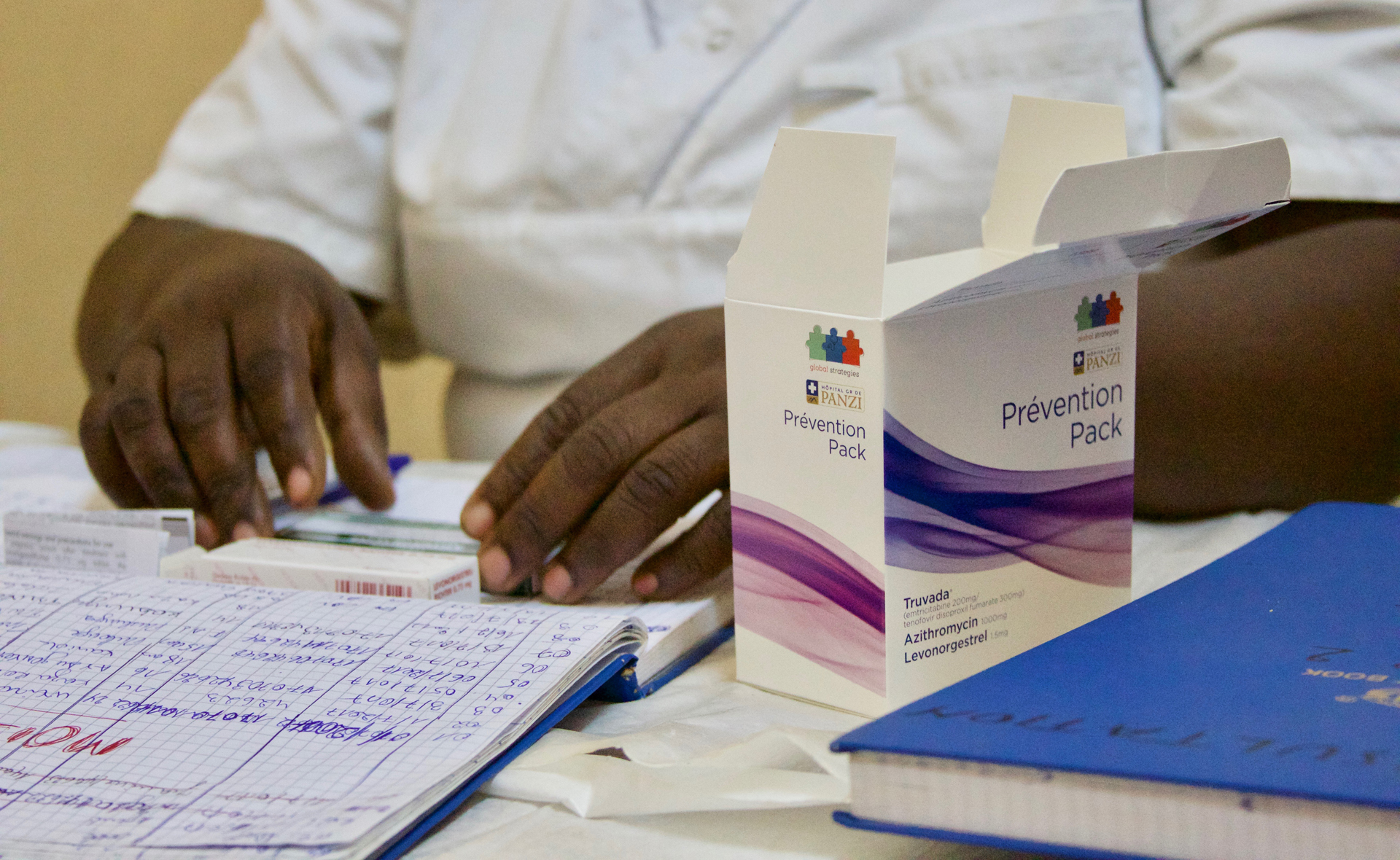 Gender-based Violence Response
“
With Global Strategies, we are helping children in Goma who are malnourished. They come to the hospital and we help them recuperate. We have helped thousands of children recover their health.
”
Joel Kamavu, Nutritionist at HEAL Africa

Here are a couple of ways you can help us help women and children right now:
Like Global Strategies on Facebook and let your friends know that you're a Global Strategies supporter.
Follow us on Twitter and get our latest updates from the field.

Oops! Something went wrong while submitting the form.